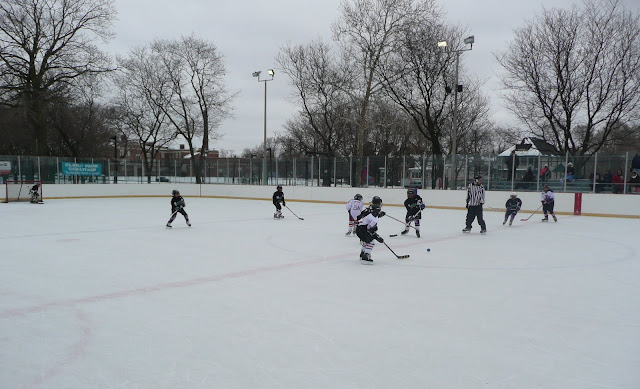 Traditionally, HITH finals games have been played inside at Jack Adams Arena. This year Hockey in the Hood VIII championship games will be played outdoors at Clark Park in the afternoon. Additional games are scheduled for Sunday morning.

The Pee Wee and Bantam teams will be playing for the privilege of having their names added to the 'Willie O' Cup' named in honor of Willie O'Ree.  O'Ree broke the color barrier as the first African Canadian player in the NHL. 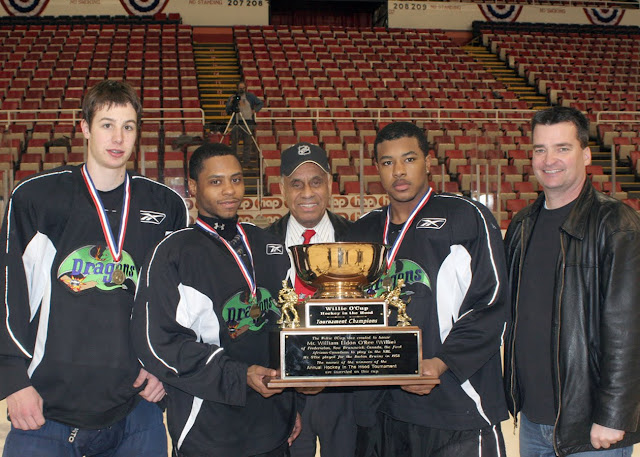 Posted by Roy Bruinsma at 7:32 PM No comments:

Posted by Roy Bruinsma at 9:54 AM No comments:

Hockey in the Hood update

Posted by TeamHyperNet1 at 12:04 PM No comments: 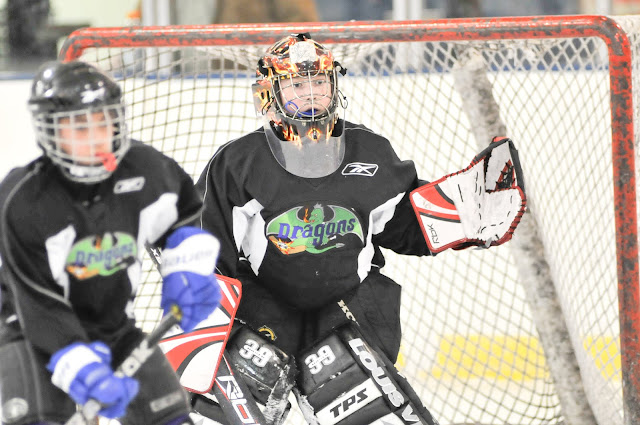 This year, Hockey in the Hood will include the following teams.

The Detroit Hockey Association invites three competitive Squirt B teams to join Hockey in the Hood VIII. Please contact DHA President Will McCants via email bandneater@aol.com if you are interested in learning more.

The Detroit Dragons Squirts and the Woodhaven Squirts split two regular season games in theLittle Caesars Lindsay Orange Division. Woodhaven won the first game at home 1-0 and Detroit won its game 3-2 with a penalty shot. Woodhaven hosted a scrimmage on their ice and again won by a 1-0 score. These two teams are very evenly matched. Woodhaven gladly accepted their invitation to return to Detroit and participate in Hockey in the Hood 8.

"Our teams play well against each other and it makes for a fun game. I spoke to our parents and they are a go for the HITH tournament."

Hockey in the Hood 7 photo provided courtesy of Ed Krasinksi
Posted by TeamHyperNet1 at 1:07 AM 1 comment: 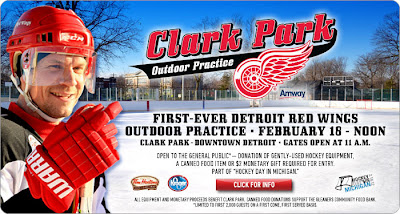 Click here for additional information.
Posted by Roy Bruinsma at 12:50 PM No comments:

Stay tuned for more details.
Posted by Roy Bruinsma at 1:09 AM No comments: