Give Thanks - the ice has returned to Jack Adams Arena

For the third year in a row, the Detroit Hockey Association teams did not have access to their home ice until November. In both 2008 and 2009, power outages, aging compressors, and repair work put the Detroit Dragons Teams' seasons in jeopardy. 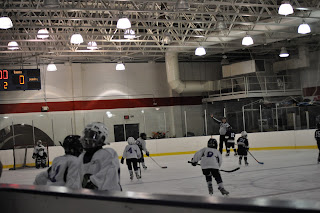 Thankfully, the story is different this season. The City of Detroit has made an investment in the future of hockey and figure skating in the city. Over the summer and into September, new compressors were installed. We trust this will be the last year in the foreseeable future that the Detroit Hockey Association will be waiting for the week of Thanksgiving to get back on the ice.

The Detroit Dragons Squirt B will kick off its season on Tuesday, November 23rd at 6:00 PM. The i-program (learn to skate) will begin on Saturday, December 4th at 10:00 AM. All ages are welcome.