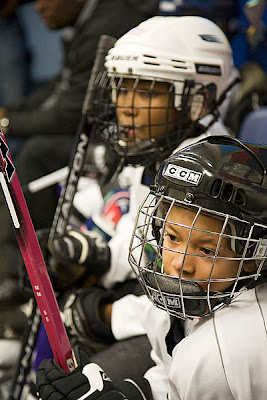 "The Detroit Hockey Association is proud be at the forefront of efforts to grow hockey in Michigan and around the country," says Detroit Hockey Association President Will McCants. "We have a long history of providing inner city kids opportunities to play the game of hockey at an affordable price. The association's mission, 'Where goals are achieved, not just scored' is the message we instill in our players."

Another showcase for inner city hockey is "Hockey in the Hood" a tournament that draws youth hockey teams from across the country. The 2008 event will be hosted at the Jack Adams Arena, in Detroit on the weekend of February 15 - 18. The Detroit Hockey Association has sponsored this tournament for the past three years, awarding the "Willie O'Cup" trophy to the winning teams. The cup was named to honor Willie O'Ree, who began his National Hockey League career in 1958 as the National Hockey League's first black player. This year Hockey In The Hood IV will celebrate the 50th anniversary of O'Ree breaking into the National Hockey League. 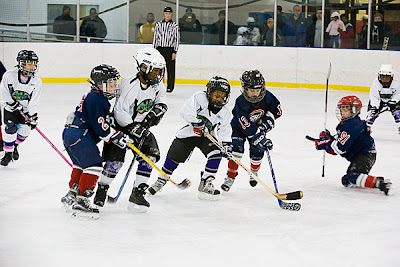 For more than 30 years, the Detroit Hockey Association has helped develop youths both as skilled hockey players and men and women of character, guided by its motto "Where goals are achieved, not just scored." Its affordable programs have enabled many youths from low-income households to experience the rush of the rink as they build values lasting a lifetime. The Detroit Hockey Association is a member of the Little Caesar's Amateur Hockey League, the largest youth amateur hockey league in the nation. For more information, go to: http://www.detroithockey.org